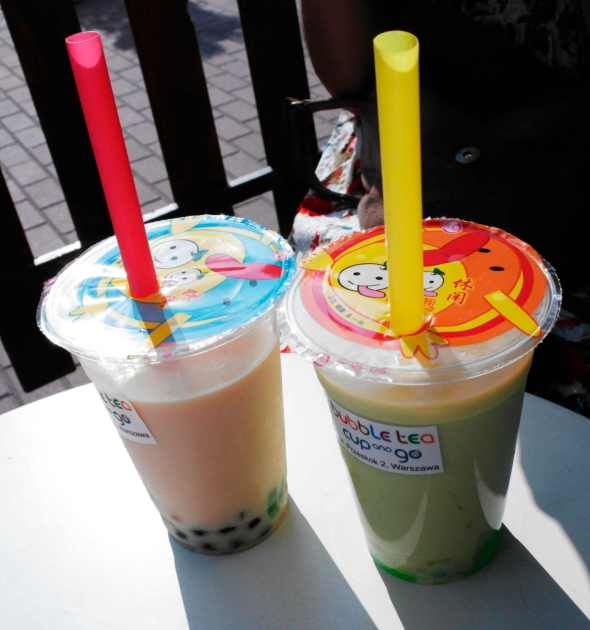 My first Tea post in a long time, and I’m sure some of you may find Bubble Tea Sacrilegious!  But on such hot sweaty days like these it is certainly refreshing, and there is something very fun in the struggle to get each and every last bit out of the cup! For those of you not too offended by the Bubbleyness, then mine was the one on the right, and it was a Matcha Milk Tea with Apple and Pineapple bits in the bottom! Does the fact that it’s Matcha make up for any purist annoyance out there??

We also visited Zacheta, the Art Gallery, and being as it was a Thursday entry was free.  On show at the minute is a collection of works and histories of the Warsaw art School, with pieces by professors and students alike.  There are some great pieces, the highlight being, in my opinion, the posters from the mid 30’s.  There is a great amount of Poland’s history wrapped up in this exhibition, and I would recommend it to everyone!

That was all followed up by a wander around town, quite a lot considering the heat.  We found ourselves near Plac Trzech Krzyzy, or ‘Three Crosses’.  There was a fountain of water spraying out onto the street from an orange pipe.  We definitely didn’t need any encouragement, and dove right in to cool off.  Apparently they do this on purpose on days like these to help people cool down, in the winter they set up small fire places by the Bus and Tram stops. I’m a bit worried about the waste of water, but I guess there is no denying that it is quite a good, and kind, idea. 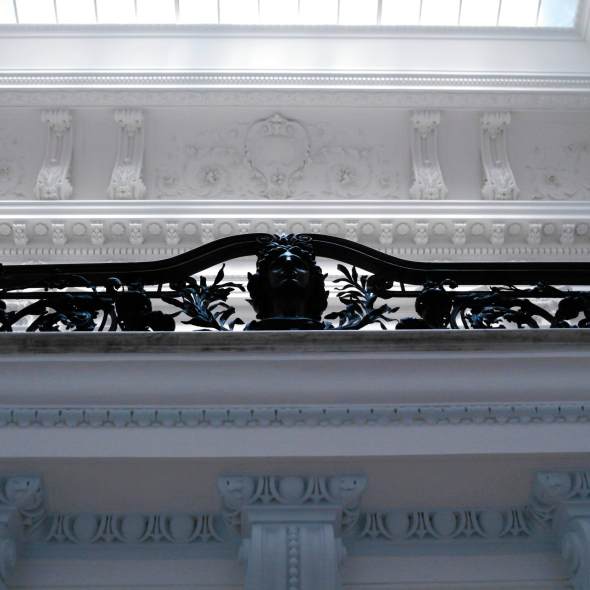 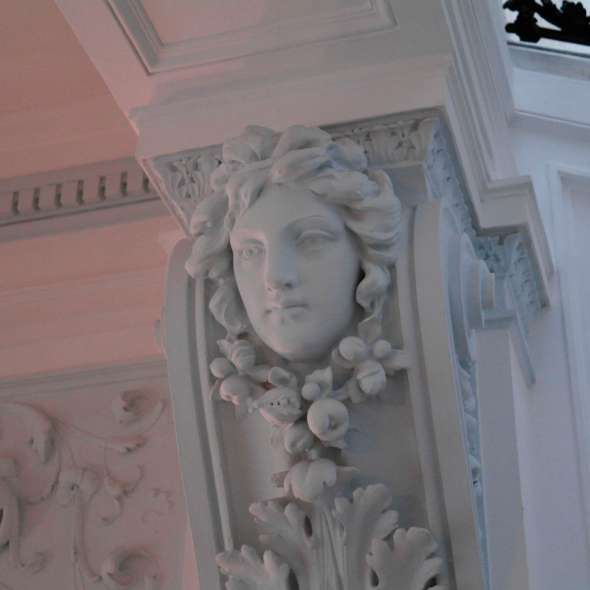 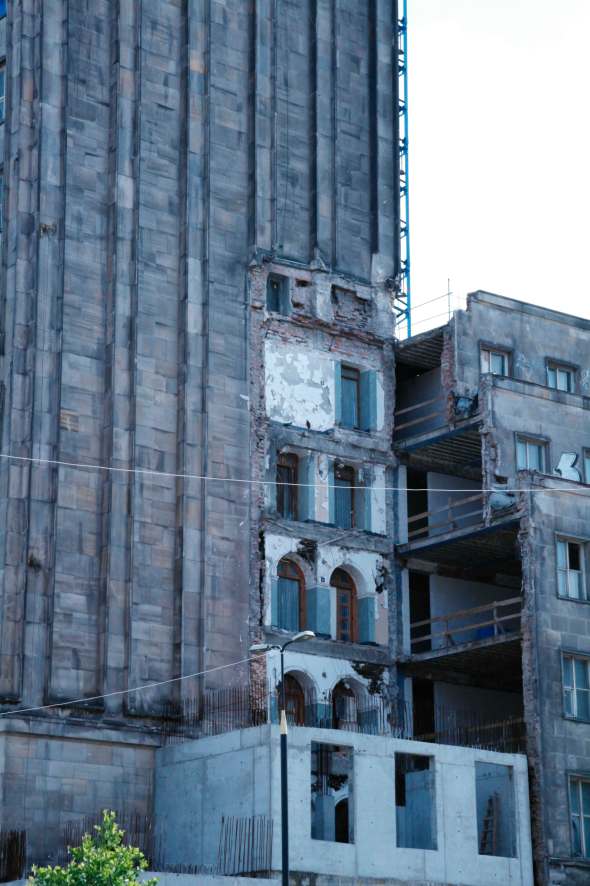 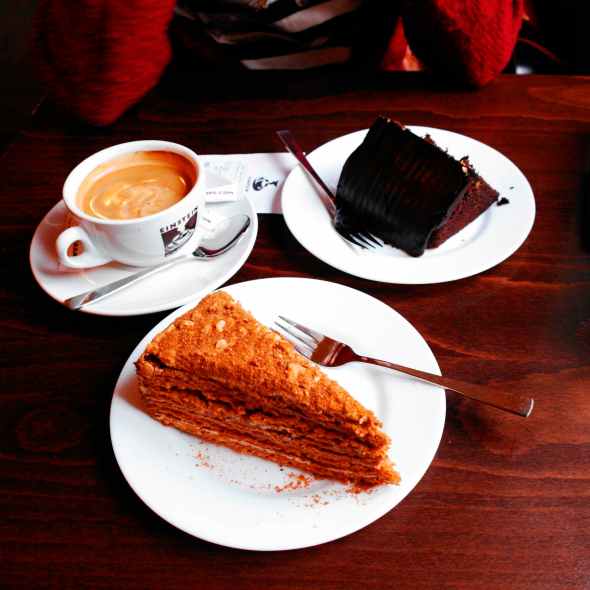 12th A long and slow wander around the Tiergarten, I got approached by two people wielding a video camera, who then asked me to eat a chocolate quark cake thing and talk about what I thought, so, basically anyone could get me to eat chocolate if they just asked, so I went for it.  A rather funny situation, I was expecting to be asked questions but I just had to say stuff, as it came to me, so it was all a little awkward.  But I think I got away with it!!  After that I wandered the length of the Tiergarten and then back towards the city centre, and this time on the way back I visited the Russian memorial, a large imposing structure right near the Reichstag, I wandered around the rear of the monument where there is a short, but interesting history of.    Then I wandered to the Reichstag and took the usual touristy photo, then to the main train station to check out times and prices of  trains to various onward options, then I headed home, though moved out to stay with another pair of friends for the night.  We went to the opening night of a show, which had some work by an artist that my friend is assistant to

13th The next day I actually moved into a place to myself, just for the next two weeks, it’s nice, a good size for one and has a balcony and lots of lovely sunshine pours in through the large windows.  No photos of this day I’m afraid.

14th A nice walk to Friedrichshain area of Eastern Berlin and around shops and markets.  Then I wandered down Karl Marx Allee, a long, long, beautiful street, the sun was shining brightly, I made it to the fountain and sat next to the statue of Karl Marx for a while, enjoying the sunshine and the passers by taking photos.  More shops and wandering after that, found a Club Mate ‘Ice Tea’ version (image on previous post).  Not much different, maybe a little stronger in taste.  That evening I met up with Annett, a good old friend of mine, who, it turned out I’ve not seen in 3 years!, and her new boyfriend for a drink.  We had some good chat, they seem very besotted with one another, which is sweet.

15th, My friend Marta arrived in Berlin for a few days.  I spent the wandering around some more before I went to meet her at the bus station, and show her where she was! Whilst I waited I had a tasty Green-Oolong Milky Bubble tea with popping lychee balls!  Bubble teas seem to be all the rage in Berlin at the minute, they are quite expensive, but this one was quite tasty and the popping lychee ‘QQ’ were novelty enough!

16th, Today I took Marta to Friedrichshain to try to find film for her Holga camera, which failed because it was all far too expensive.  But it was a lovely wander around.  We wandered along the East Side Gallery, the largest stretch of the Berlin Wall which has been recently repainted, but with the same images as the original murals created, so it is looking really great.  We stopped of and had cake in a Turkish bakery near to Schlesisches Tor‎.

17th, A quick visit to the market that stretches along the canal around the corner from where I am staying, it sells mostly food stuff, veg, cake, cheese, bread.  Followed by a long walk to Victoria Park and the Kreuzberg monument, after which the area is named; Kreuzberg translating literally into ‘Cross Mountain’ basically a big green pointing thing with a cross on the top at the top of a tall hill, with a fake waterfall built onto it.  Then walked further West into the Shoneberg district, had a hot chocolate in a little old ice cream parlour that looks like it has existed forever, really old school decoration and wooden walls.  Then walked to Kliest park, and then found an old war time bunker as well as the area where the sports hall once existed that Hitler used to give his big speeches, including the one where he asked the crowd whether they want total war and the crowd cheered in agreement.  It is now a housing development.

18th, A walk to the city centre.  To the TV tower and Neptune fountain, then down towards the Brandenburg gate meandering about and finding old churches and other old buildings, the old Aeroflot office, that Marta told me used to still have the Hammer and Sickle on the sign, but not anymore it would seem, the Russian embassy, just a little way down the road though, still does have the hammer and sickle on its façade!  Then to the Holocaust memorial and found the area that once had a lot more of Hitlers bunkers, as well as the one in which he, and Eva Braun committed suicide, before their bodies were removed and burned.  Then also found the North Korean consulate / living quarters.  Strange place, seemed to be just normal flats and apartments, but totally caged in and then people came outside whilst we were taking photos of the place…  Coffee and cake at Checkpoint Charlie in Einstein’s.  A little expensive but the cake was very good, and huge slices too!  Walked home via international supermarket and through a really nice area of Kreuzberg, near a synagogue, that has a 24 hour guard and gates and fences up everywhere, seems mad that such a place still needs protection!  But the general area is beautiful, with some great apartments looking out onto the canal.

19th, A day trip to Charlottenburg, the old palace and gardens, there was really beautiful, properly warm sunshine, wonderful flowers and atmosphere everywhere.  Walked around gardens then went for pizza in this little place next to the Rathaus, made totally from fresh in front of us.  Service was a little shakey but otherwise the food was very very good, Gorgonzola and Spinach pizza was great, Marta had one with anchovies, capers and fresh parma ham.  Then we walked in the sun to zoologisher garden underground, found a place for more Bubble tea!  Green tea with Passionfruit and tapioca balls, and Green Tea with mango and coconut cubes.  Then we went into a big shopping place with lots of tea, very expensive; basically the same as somewhere like Harvey Nichols.  They had a huge space with tea in big urns, and lots of the dry tea out in cups to smell, and also to potentially slip a few of the pearl style ones into your pocket for sampling later…

20th Walk along the landwehrkanal, a beautiful day and a lovely walk, reasonably easy going after all the crazy amounts of walking done so far!  Lots of people out, jogging, dog walking, drinking by the river.  Lovely jubbly.

21st, Walked to a market near Boddinstrasse, in Neukolln, and I bought a new old camera!  An Agfa Agnar, for a hopefully bargain price of 4 euros!  It even has a little shutter release lead with it for photos of yourself!  With a shiny reflective viewfinder too!  A little walk through Gorlitzer park, slow easy paced day, not to over do it before Marta headed back home on the bus that night.

IMAGE TIME!!!  (they are smaller than usual because there are so many, but they are clickable for the larger versions!) 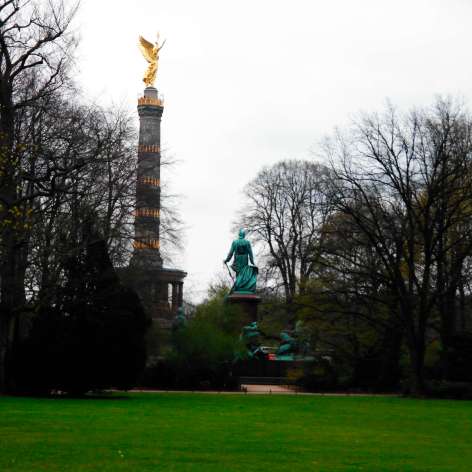 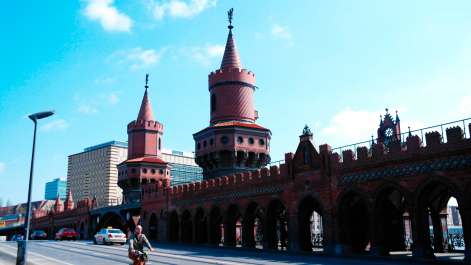 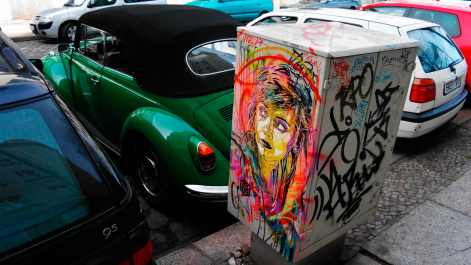 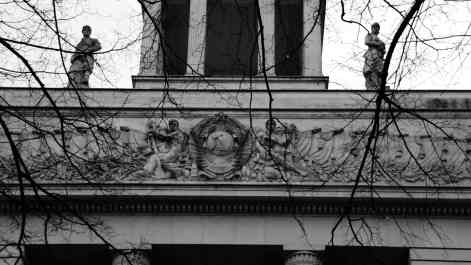 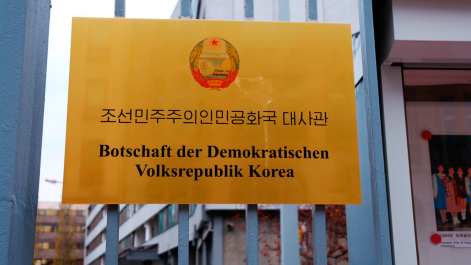 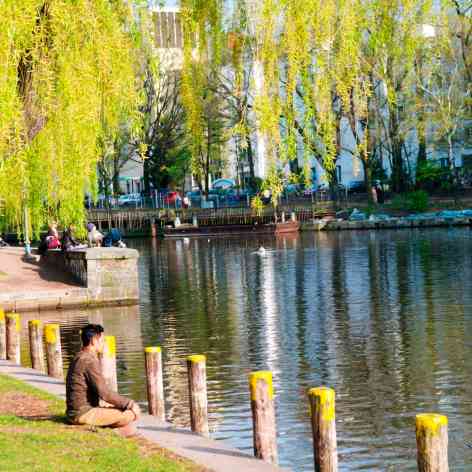