My first Tea post in a long time, and I’m sure some of you may find Bubble Tea Sacrilegious!  But on such hot sweaty days like these it is certainly refreshing, and there is something very fun in the struggle to get each and every last bit out of the cup! For those of you not too offended by the Bubbleyness, then mine was the one on the right, and it was a Matcha Milk Tea with Apple and Pineapple bits in the bottom! Does the fact that it’s Matcha make up for any purist annoyance out there??

We also visited Zacheta, the Art Gallery, and being as it was a Thursday entry was free.  On show at the minute is a collection of works and histories of the Warsaw art School, with pieces by professors and students alike.  There are some great pieces, the highlight being, in my opinion, the posters from the mid 30’s.  There is a great amount of Poland’s history wrapped up in this exhibition, and I would recommend it to everyone!

That was all followed up by a wander around town, quite a lot considering the heat.  We found ourselves near Plac Trzech Krzyzy, or ‘Three Crosses’.  There was a fountain of water spraying out onto the street from an orange pipe.  We definitely didn’t need any encouragement, and dove right in to cool off.  Apparently they do this on purpose on days like these to help people cool down, in the winter they set up small fire places by the Bus and Tram stops. I’m a bit worried about the waste of water, but I guess there is no denying that it is quite a good, and kind, idea.

Day 117, Sunday.  Actually managed a trip to The Netherlands!  The day was spent with lazing about and walking the dog.  We cooked a very good coconut curry, with courgette and peppers and black Soya Bean noodles. Sehr Gut!  Then in the late afternoon we headed to a town in The Netherlands (which isn’t actually so far from Cologne) called Nijmegen.  The purpose of our trip?  To go and see a band that Regina really enjoys and had bought tickets for, called Dry The River.  The gig was good, the town very very small, but there was a good atmosphere and we got some good fries with satay sauce for our pre-gig snack.  Then at the gig I went for an extremely hardcore drink choice of an Ice-Tea with a nice slice of lemon and a stirring stick!  The gig was good fun.  The band played well.  Then we headed back to Cologne.

Day 118, Monday.  A bit of a disastrous day in terms of photos.  I walked all the way to the Dom, Cologne’s Cathedral, took my camera out of my bag, switched it on to find the lovely message of ‘No Card’…. BRILLIANT!  So absolutely no photos were taken on this day, including on the Agfa because I’d chosen to leave that at the flat instead of carrying it about.  Anyway, I obviously walked to the Dom, enjoying the sunshine, then around and to the Rhein.  I sat there for a while, mostly to eat a packet of onion rings (mmm a nice nutritious lunch!), and just to sit and contemplate stuff, as you do.

Dinner was mashed potato (white and Sweet varieties), onion gravy and these crazy ‘lupin fillets’.  They are made from the seeds/peas of the Lupin plant.  They tasted kind of cakey, but worked well with our home made onion gravy.

That evening me and Regina met up with a couple of her friends and we wandered around the town in the evening as the sun was going down, with a bottle of beer in hand and some chat. It was a fun evening.

Day 119, Tuesday, also the official end of WW2, or VE day.  A bit more success in terms of carrying my camera with me at least!  I visited Melaten, a large, neat and well kept cemetery.  I wandered around it for a while, there was a funeral happening in one part.  So this made me decide not to be around snapping photos for too long so I left and went back to the area we walked around the night before.  We had seen a bike shop there that sells second hand bikes too.  I checked a couple out and will head back tomorrow for a test ride of one they were in the middle of fixing up… we’ll see…

I came home for some lunch then headed back into town, though avoiding the demonstration that was meant to be happening at a nearby mosque… (I had been told that there might be some violence, especially from the right wingers)  I just explored the quieter areas a little bit using Regina’s bike.  It was good to use one again (though the seat is too low for me and so it wasn’t the most comfortable experience!)

The evening has seen me sit on the sofa and drink tea whilst Regina carries on unpacking boxes and sorting out her bookshelves!  I also sneakily fed the dog (Lumpi) some peanut butter… 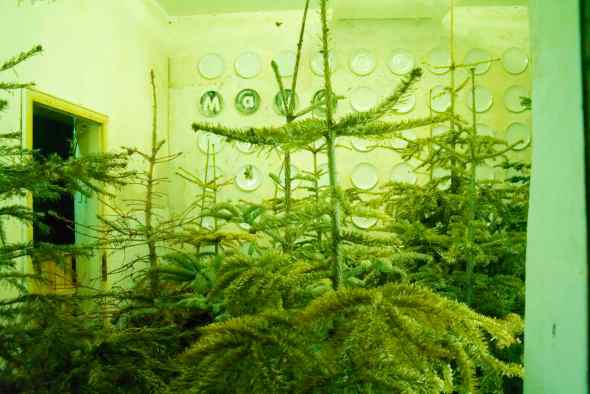 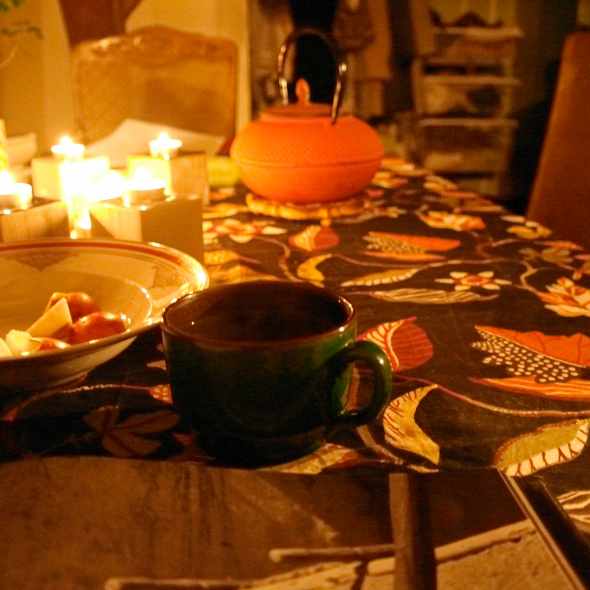 Two belated posts in a row…  oops.  Yesterday was another travel day mostly.  I spent the morning packing and relaxing on the sofa in Tartu, trying to gather a bit of energy back.  A huge breakfast of chocolate pancakes and toastie sandwiches was made for me so that was really good.  So after a little bit of zombifying in front of the TV I went down to Tartu bus station bought my ticket for Parnu and left.  The bus was really full and possibly the least leg room I have ever experienced.  Luckily the bus had quite an early stop and a large chunk of the people got off at that first stop, so that was a bit better, but i still had my legs stuck out into the aisle, wedged between my rucksack and the armrest.  Traveling by bus shows you just how much of Estonia is covered by thick dense forest.  60% apparentely, it’s no wonder they burn so much of it to heat their homes.  But I am assured it is all sustainably done.  Arriving in Parnu at about 5:30pm, I was met at the bus station by Liis, who is kindly putting me up for two nights before I make for the border and into Latvia.

We went straight away to her husband’s car and the three of us drove, picked a fourth person up, and headed out into the countryside, to one of their friends houses. I had been kindly invited to join their dinner party.  A weekly occurance they pick a ‘theme’, or vegetable, that will be cooked into as many different options as possible.  Last night was one of my favourites, Sweet Potato.  We had it as salad, baked, and ‘caramelised’ crisp/chip style.  It was good food, and followed by a documentary film, The Living Matrix.  Basically this is about energy fields that may, or may not, exist around the human body, and how holistic medicine can engage with these fields to heal.  It was very interesting, though the characters and scientists were all quite extreme and intense, which can be a little off putting for some people.  If you are into, or just curious about the ideas of holistic medication, healing, acupuncture, the placebo effect, and such things it is worth a look.

We all left after the film, and headed to Liis and Ivo’s apartment, which is a roof space apartment near the centre of Parnu.  They keep insisting it is unfinished, but it is a really lovely space, nice decor, nice environment, really lovely.  I am certainly jealous, it is one of those places you always wish you could live in, and the decor you always strive for but never feel you achieve.  I’m pretty sure these two have achieved it.  It is really lovely, especially the ‘rocket stove’, which I am currently sitting on typing this.  We drank tea, ate apples from Liis’ Gran’s Garden, and chatted for a while about what I am ‘planning’ and where the two of them have travelled and what their plans are.  They seem very happy here.

So, no Parnu photos yet, but here are some more of Tartu, including the rather dazed looking face of the pig sculpture that stands outside of the Tartu meat market… 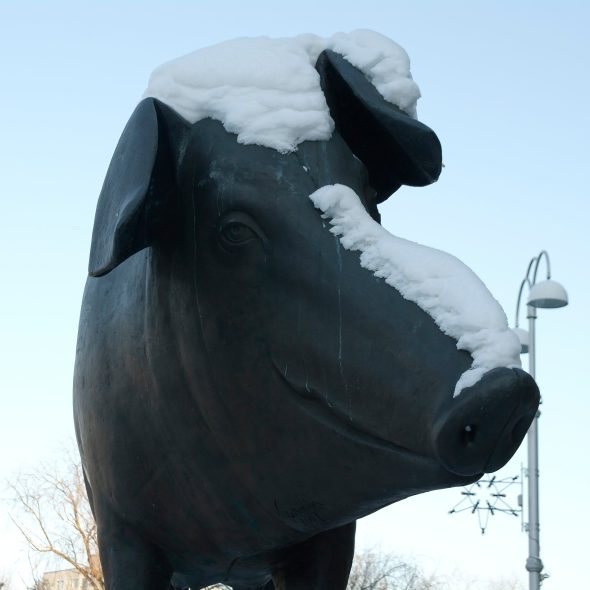 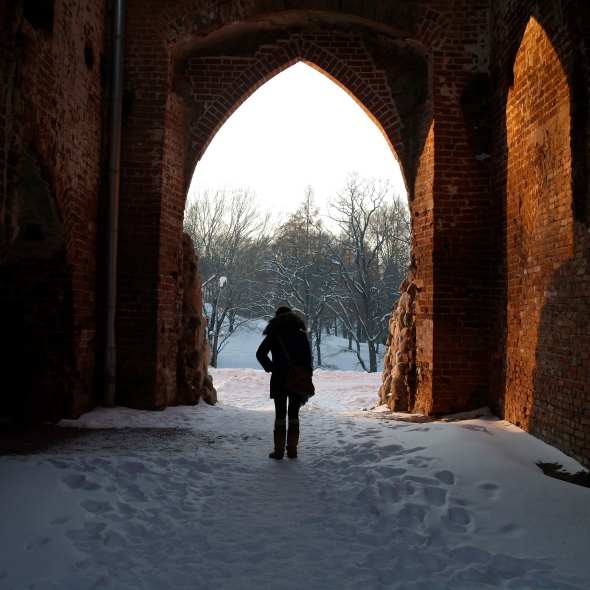