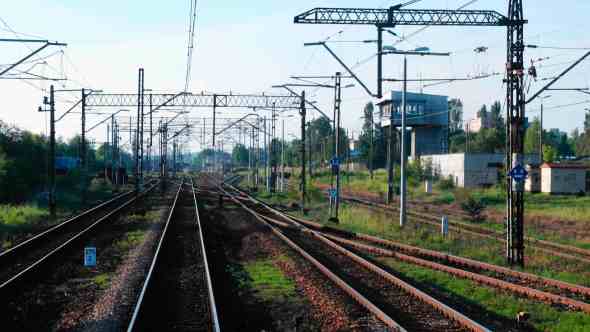 This post is pretty picture heavy, which is kind of a surprise because, in reality, it seemed to me that there was really very little to see or do in poor old Katowice.  The city is pretty shabby and is all over the place, something which is not helped by the rebuilding of the railway station and some of the tram lines in the ‘city centre’ (in inverted commas because it is actually quite hard to tell exactly where the city centre is…)

We stayed at a friend of Marta’s.  An old flat that she had inherited and has sat mostly empty for the past six years, meaning it is full of dust and causing some major allergic nasal floods the whole time we were there.  I spent most of Saturday and Sunday wandering around the city in the sweltering heat, it was a rather exotic 34’C!  Thank goodness for Biedronka and giant cartons of Ice Tea, and their delightful portions of chocolate halva (extremely dangerous)!!

The city isn’t a complete bore though, there are some interesting buildings, from every era, starting with the old German-Bavarian mansions, to the huge UFO of a concert hall from the 1970’s right up to the library building, which seems to be carrying on the tradition of being plonked right in the middle of where you would least expect it to be.

The city is, on the whole a rather poor place, and there are plenty of rather dodgy looking characters unafraid to eye-up your camera and back pockets, but it does definitely have it’s interesting bits that are worth visiting, though try and avoid the hottest days of the year!

Oh, and the trams are a bit like being on a scary rollercoaster (scary because you could fall off the tracks at any point…) 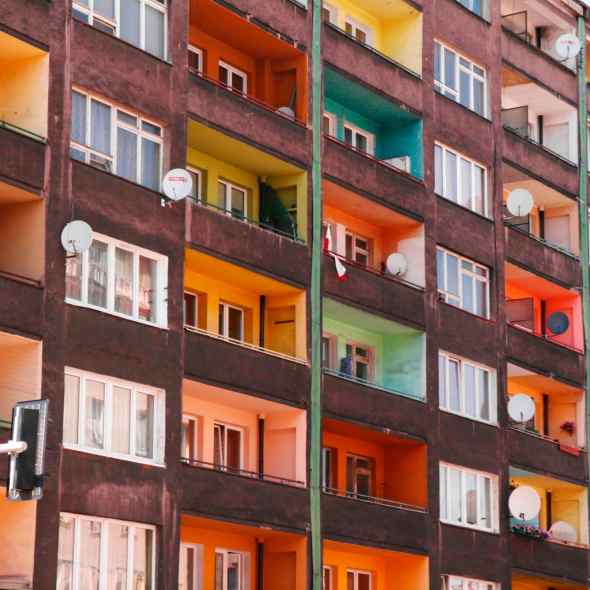 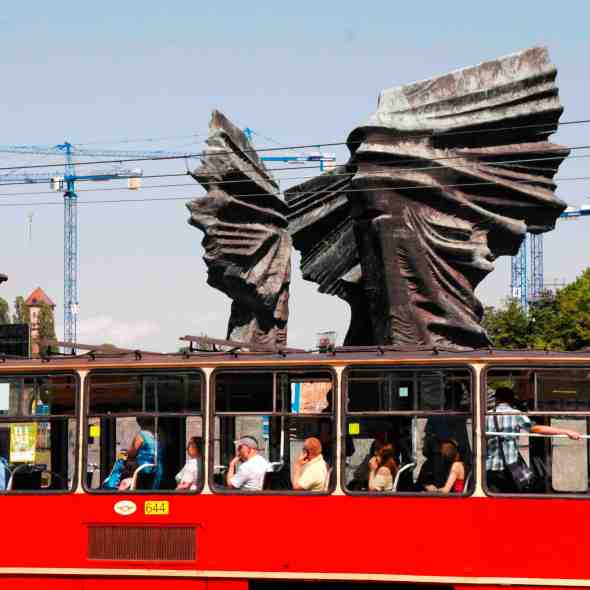 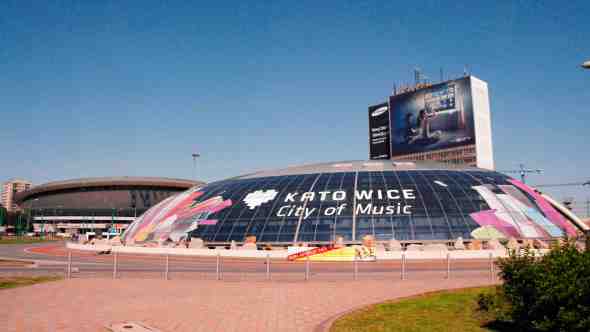 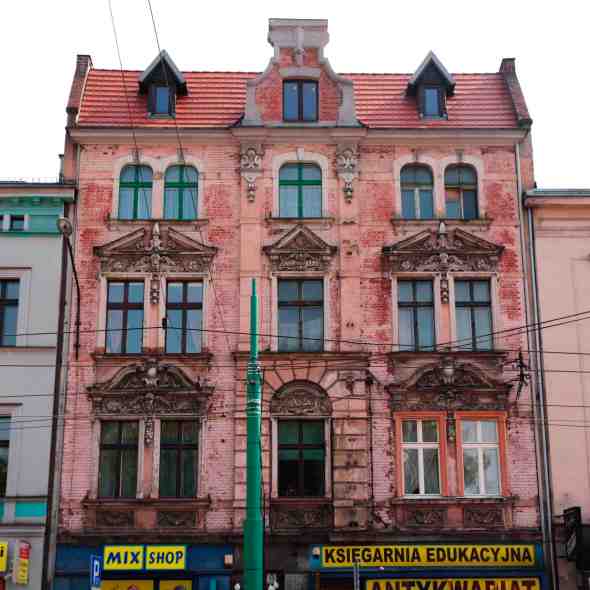 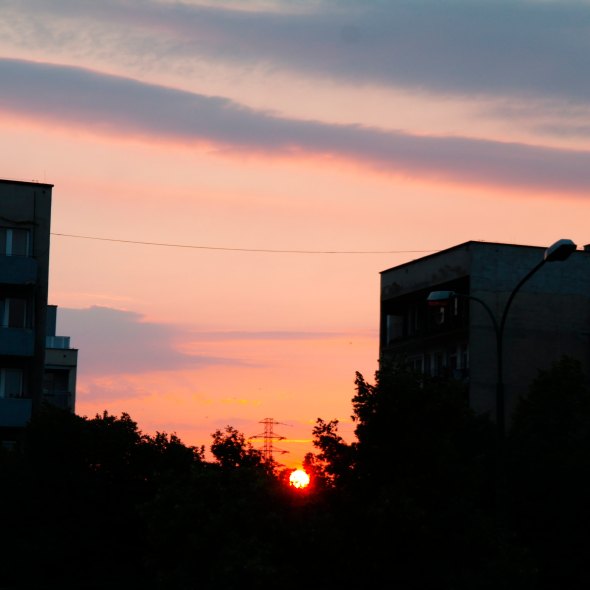 Over the rainbow and far away…. well, as far as Radom anyway.

This installation, by the artist Julita Wójcik has moved from it’s temporary home in Brussels to it’s new permanent (I hope) home on the super trendy, hipsterville of Plac Zbawiciela.  You can read more about it by clicking here.

Next a just a smattering of photos from my latest trip to Radom, there was a huge thunderstorm in the night, and although I didn’t manage to catch an actual lightning strike, I did do some long exposure photographs that have a strange glow in them when the lightning struck part way through the exposure time. 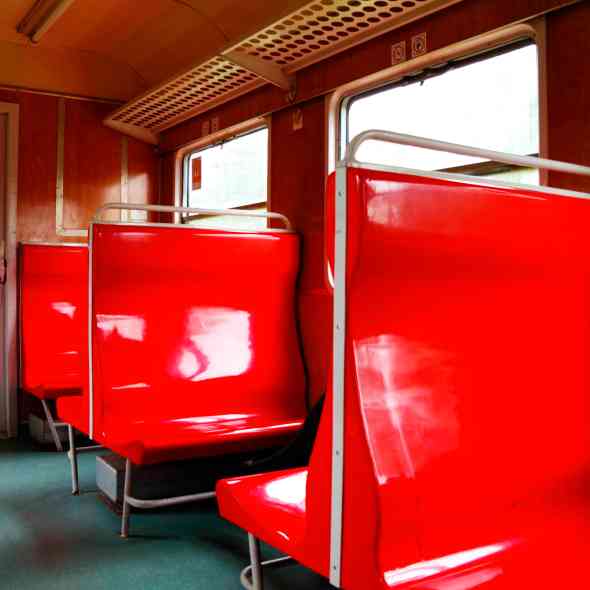 OK, a bit cheesy, but I’ve timed this post to go live at the same time as sunset in my home country!  Enjoy! 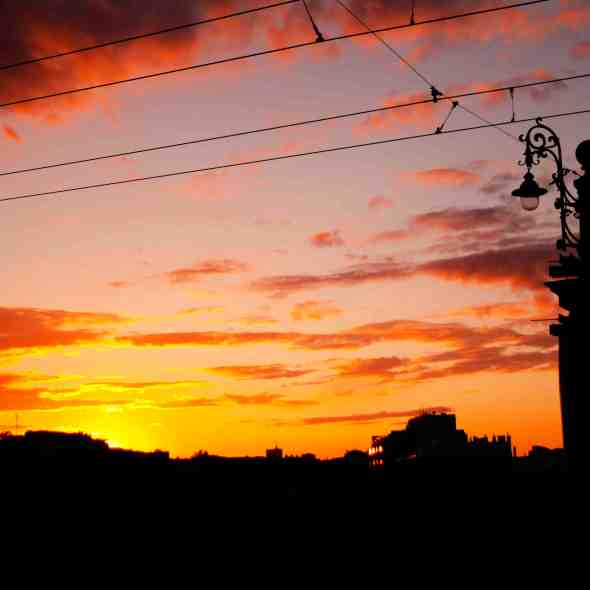 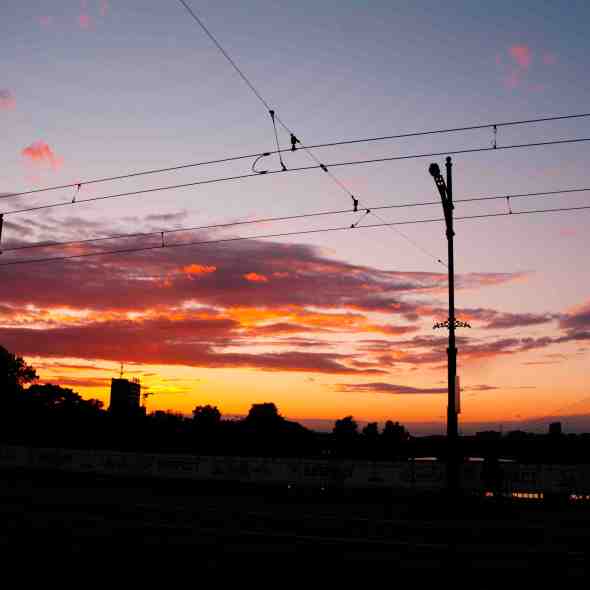 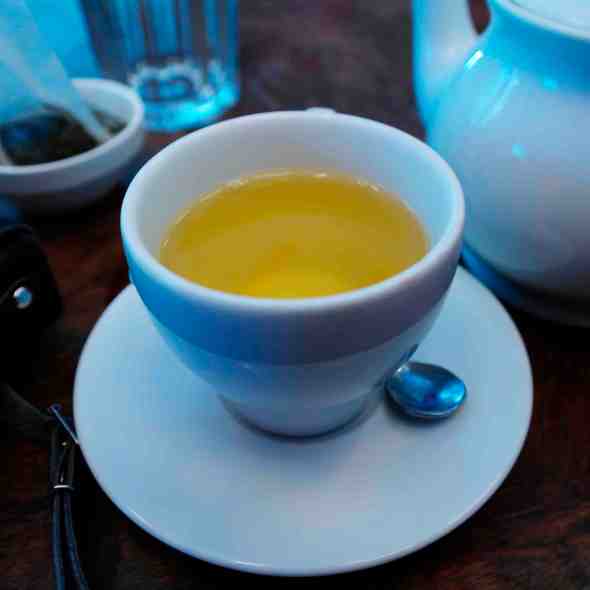 What isn’t here is a picture of the absolutely amazing Chocolate Brownie that I had from the little festival type thing that was happening at Krolikarnia on this day.  It was one of the best Brownies I’ve ever had!  Rich, chewy, thick, tasty.  Every brilliant word you could think of.  Why no photo?  Well, because I ate it all of course!  The last thing on my mind was taking a photo!  After that we went for a walk and ended up in cafe Relaks, a cafe I’d been looking for for quite a while and have now, finally, found!  A nice cup of tea was had there, and the first tea photo I’ve given you all for a while.  More walking later into the evening.  Ending up in the city centre, around the old Jewish district again, then onto a bridge to witness a stunning sunset, which will be specially featured in my next post! 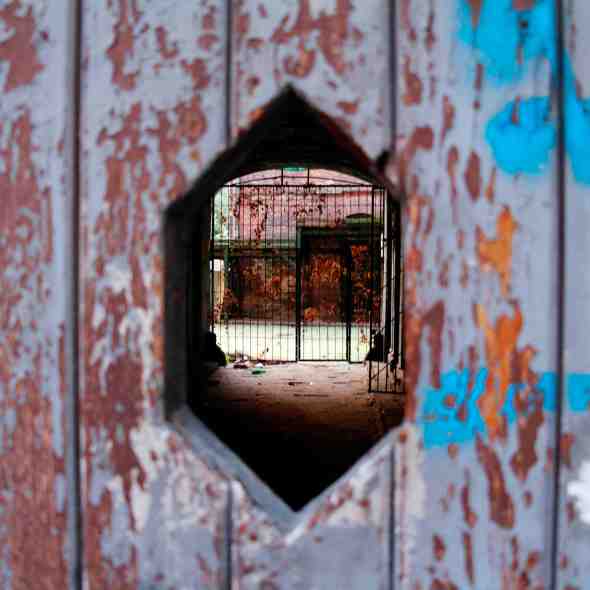 What a wonderfully sunny day.  After cooking a semi-traditional English Breakfast for my host this morning, semi-traditional due to the lack of British style sausages, though we did manage to find something very similar to Black Pudding here in Tallinn.  I’m not sure my host realised quite how much meat was involved, but it certainly filled us up and gave us energy for most of the day.  We headed out into the beautiful sunshine towards the East, to an area of beautiful park land and then onto the sea, whose frozen edge we walked along, photographing the ducks and swans whose feathers were glinting in the bright, low-level sunlight.  We then headed to Lauluväljak, the Tallinn Song Festival Grounds.  This is huge area, that, during the traditional song festivals, can hold about 100,000 people, 30,000 of which will often make up the choirs who sing traditional Estonian songs that can be heard for miles around.  This is also the spiritual heart of Estonia’s Singing Revolution, the event that represented the end of Russian Occupation and the dawn of Estonian independence.  We wandered to the top of the hill and then, rather sporadically sat on a bin bag, and slid down the rather bumpy but snow covered hill back to the bottom.  It was good fun, though pretty cold and we both got rather wet bums!

We then intended to visit KUMU, the Tallinn contemporary art museum, an impressive building of glass and metal, that has oxidized to turn green.  Unfortunately it turned out the gallery is closed on tuesdays during winter, so we climbed another hill, explored an old signaling / navigation post, then headed back down through the park.  At the other end of the park is the Park Cafe, a lovely little place, rather posh in appearance and it sells a good selection of teas, one of which features above, a traditional Estonian tea, a mixture of herbs including Parsley, Camomile, Nettle, Lemon Balm, Chickweed, an Birch Leaves!  It was very nice, tried it with and without sugar and it was very pleasant, delicate flavour, kind of savoury without the sugar.  Also had a lovely cake with raisins and pumpkin seeds.  After a lovely time chatting and drinking our tea, and warming out hands and drying our bums we headed back out into the cold.  We could only manage a short distance before our hands started to ache again.  So we headed into a lovely Eco/Organic shop, where I bought, yep, you guessed it some tea!

We headed back out and wandered back into the city centre and wandered around for a while, making it to this nice bit of town called Rotermann, where the old literally meets the new, physically in most cases, bits added onto old buildings, old buildings renovated.  We looked around a bit then went into the Kalev chocolate shop, hundreds of beautiful sweet trats greeted my eyes.  After a while trying to decide I went for some Dark Chocolate with Raspberry, some Dark Chocolate Orange and Green Tea, and Dark Chocolate with Cherries.  Ok, so less of a decision over which ones to buy and more of a decision to just buy them all…..

After that we headed back to the coast to a place called Linnahall, a tremendous sprawling concrete concert hall. It is a constant reminder of the soviet era, built as a concert hall but also a defensive position for the Soviet Army in the event of an attack from the the Finns.  The space is now closed but you can still walk up onto the buildings roof area and over the back where there is an operating Helicopter Pad, which apparently runs helicopter trips to Helsinki.  We could also view the old fortress prison from up here, and some beautiful views of the city, with the glorious golden sun setting over the old town’s spired churches and buildings.  A really beautiful sunset for the second night, the air is so clear and there are pinks, purples, golds, yellows, oranges, the whole rainbow is represented somewhere during these glorious times of the day.

We then walked to the Kalamaja area of town to get something to eat, walking through the train station, great big old concrete warehouses and factories until we reached Telliskivi, the arty, bohemiam area of the city.  Factories have turned to bars and artists studios. We ate in an amazing restaurant bar called F-Hoone.  Really great food was had, we shared a brushetta platter, Mozzarella and Tomato obviously featured, but alongside gorgonzola and pear, Garlicky Houmous, and a great mixture containing pumpkin seeds.  Then I ate a really lovely Linguine with Garlic, Chilli and Prawns, Ingrid, my host, has a great smelling and tasting Thai inspired Coconut soup with Salmon.  Really good, and all washed down with a great Estonian dry Cider (Kiss in Estonian).  A lovely meal, and really, really reasonably priced.

We then jumped on a tram home and are now drinking port and watching junk on the TV!  Brilliant!