Another roasting hot day was met with gusto as we headed out into the city centre.  We had arranged to meet up with two couchsurfers who were visiting Warsaw for a few days and were looking for good, vegan food. I recommended the brilliant Lovin’ Hut on Jana Pawla II, and they kindly invited us to join then for a spot of lunch.  The food has never disappointed me there, and it still hasn’t, though I did have to have a second choice because the first was sold out (quick tip, get there early if you want to a chance to sample something from the whole menu).  This time I had ‘Teriyaki Island”, and it was very very good as usual, the soy dressing is really well done, and their little rice piles perfect for the size of dish.  I would recommend this place to absolutely anyone, no matter what your diet or eating preference, even the strictest carnivore can’t fail to be impressed or satisfied here!

After lunch we went our separate ways and Marta and I headed to the Jewish Graveyard, to see it in the sunlight, and hopefully to cool down.  The place was really beautiful in the sunshine and the trees made the light dappled and beautiful, as well as making the temperature bearable.  The biggest problem however was the abundance of hungry mosquitos, baying for our blood.  But we just about survived, though the next day my legs looked like someone had filled them with pink ping pong balls!  (toothpaste and lemon seem to be doing the trick at keeping the itching down a bit though)

We jumped on a tram, intending to head straight home, but stopped off in the city centre and ended up inside the old children’s hospital on Jerozolimskie, ‘Szpital Omega’.  This is slowly being turned into artist’s studios and there is access to the building thanks to a tiny boutique that has opened up on the 3rd floor.  The whole building is pretty accessible if you don’t mind the piles of rubble lying around and we had a good old snoop throughout the place, which has got some creepy stuff still kicking about. The picture above is of the old oxygen cabinet, and there are some more photos below, which gives you a bit of an idea of how cool it is to explore this place, before it all gets neatened up.

Tired and sleepy we headed back home to enjoy the cool flat and some nice cups of tea.  I have, at long last, got myself a bag of normal green Mate, which is very very welcome at all times of the day and a good change from the roasted one that I have been drinking lately. I do wish I had brought my Bombilla from home though, the ones in Warsaw are all rather expensive. That’s exoticism in Poland for you! 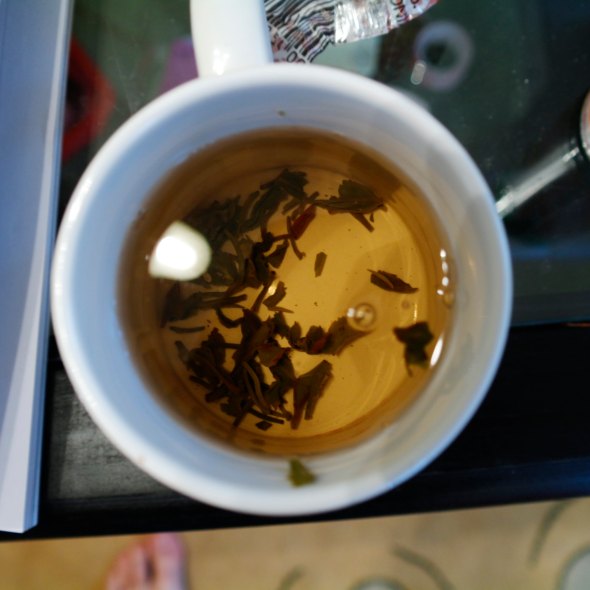 50 days!  A half centrury and what happens….

Winter returned today!  The snow was falling fast and fairly heavy, giving a good coating to all the freshly ice free paths and roads.  It was almost as though the first lot of snow had not disappeared at all!  I wrapped up warm and left the apartment.  The chill was back in the air, making me fear the worst for the next couple of weeks.  I hope that the winter is not coming back and that that was just winter’s last laugh before spring kicks in.  I took the tram again today, heading for Jana Pawla II street once more, in search of this vegan restaurant I had seen the other day.

Making it there I wandered up Jana Pawla for a while to work up a bit of an appetite, then wandered back down to the restaurant.  The place is called the Loving Hut, an asian food spot, with all sorts of exciting looking things on the menu.  I went for the soup that you can see below, though I have forgotten what it is called.  But it was great, filled with Tofu, Broccoli, Beans, Celery, Lemon Grass, a fake prawn, noodles, loads of things.  It was spicy and coconutty, rich and lovely.  I sat and ate it up, flicking bits of soup all over the table, it was really good, especially with the cold wintry weather going on out of the window.  I also learned that Natalie Portman, Moby, Tobey Macguire and Bryan Adams are all vegan!

Food eaten, which took me quite a while as the portion was hugely generous, I wrapped up again and went out into the wind blustered snow.  I walked down Jana Pawla II then turned left onto Solidarnosci and walked to this little area just on the outskirts of the old town, wandering around a little park, that used to be part of the grounds to a grand old mansion, which still sits at the opposite end of the park.  Ducks were desperately looking for unfrozen water to wash in, crows were diving about in the snow playing with sticks and rocks, for what purpose I don’t know, but I do think they were just playing in the snow, one kept diving into it and rolling around!

More wandering, more looking in bike shops and I decided I was getting far too cold, so I went back into the centre, bought some food to cook for dinner and then headed home.  Back home I cooked a Beetroot soup and some Pierogi for Ania and I, Marta was at Yoga class.  We sat and ate and chatted for a while, then watched an awful film, then went to sleep.  A short, snowy day today. 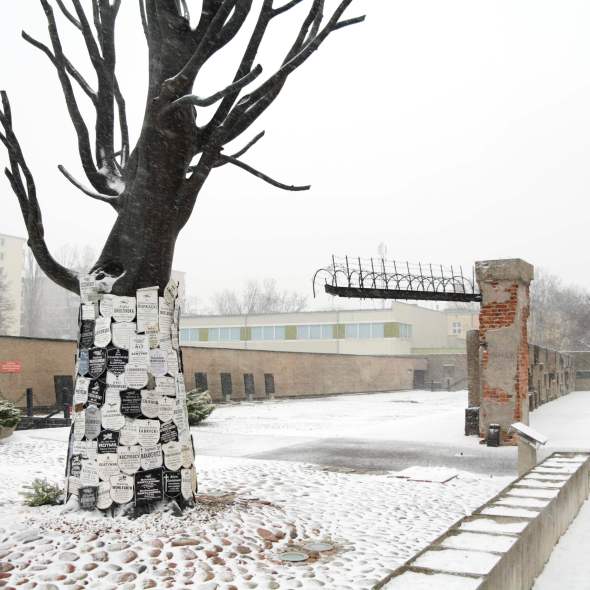