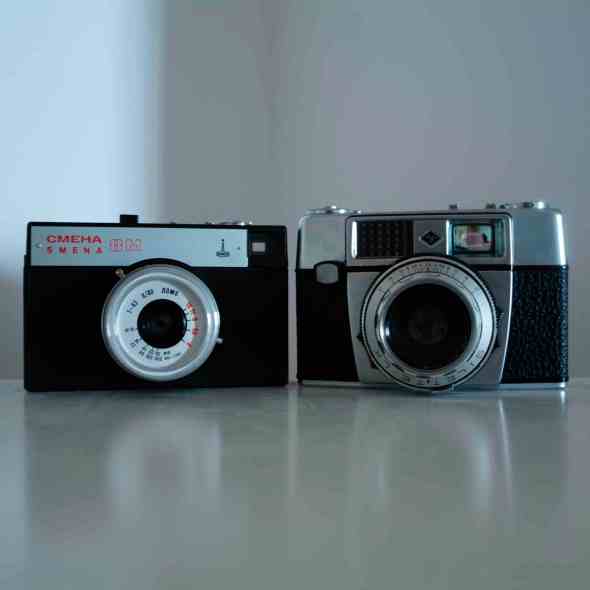 This post is really image heavy, so they are just down here as thumbnails, but you can click them for the full size images.  So please feel free and enjoy this little collection of images taken in Berlin, Cologne and Warsaw using either the Agfa Agnar Silette LK, or the LOMO Smena 8M, which are both pictured above! Have fun!

Denmark so far has been a little cold, quite expensive but otherwise a nice relaxed place.  I arrived at the airport yesterday and took the Metro to Norregard station.  The Metro reminds me a lot of the MRT system trains in singapore, long, open plan trains with little merry-go-rounds in the middle.  The biggest difference though, is quite obviously the temperature.  And the cleanliness.  Not that its dirty, but just not ‘Singapore clean’.

Today i visited Arken, Denmark’s contemporary art gallery, situated near to the Ishoj train station and a stones throw from the coast, beautiful views of the sea from the gallery cafe and a chilly but pleasant wander from the station through marshlands with howling basset hounds and rosy cheeked locals.  I managed to catch the last day of the Warhol Basquiat exhibition, a dive into the collaborative practice of the two artists, featuring numerous works and really quite interesting documentary on Warhol’s life.

My first tea was from my own supplies, in Tom’s flat, once I’d figured out what pan would work on an induction hob…..